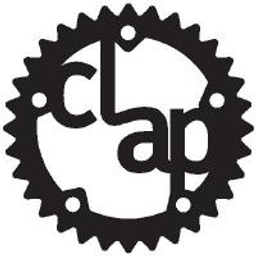 Default value if hint is not specified. Follows shell default behavior, which is usually auto-completing filenames.

None of the hints below apply. Disables shell completion for this argument.

Path to a file.

Path to a directory.

Path to an executable file.

Name of a command, without arguments. May be relative to PATH, or full path to executable.

A single string containing a command and its arguments.

Capture the remaining arguments as a command name and arguments for that command. This is common when writing shell wrappers that execute anther command, for example sudo or env.

This hint is special, the argument must be a positional argument and have .multiple_values(true) and App must use AppSettings::TrailingVarArg. The result is that the command line my_app ls -la / will be parsed as ["ls", "-la", "/"] and clap won’t try to parse the -la argument itself.