Analyzes a project's third-party dependencies.
cargo-dephell-0.1.1 is not a library. 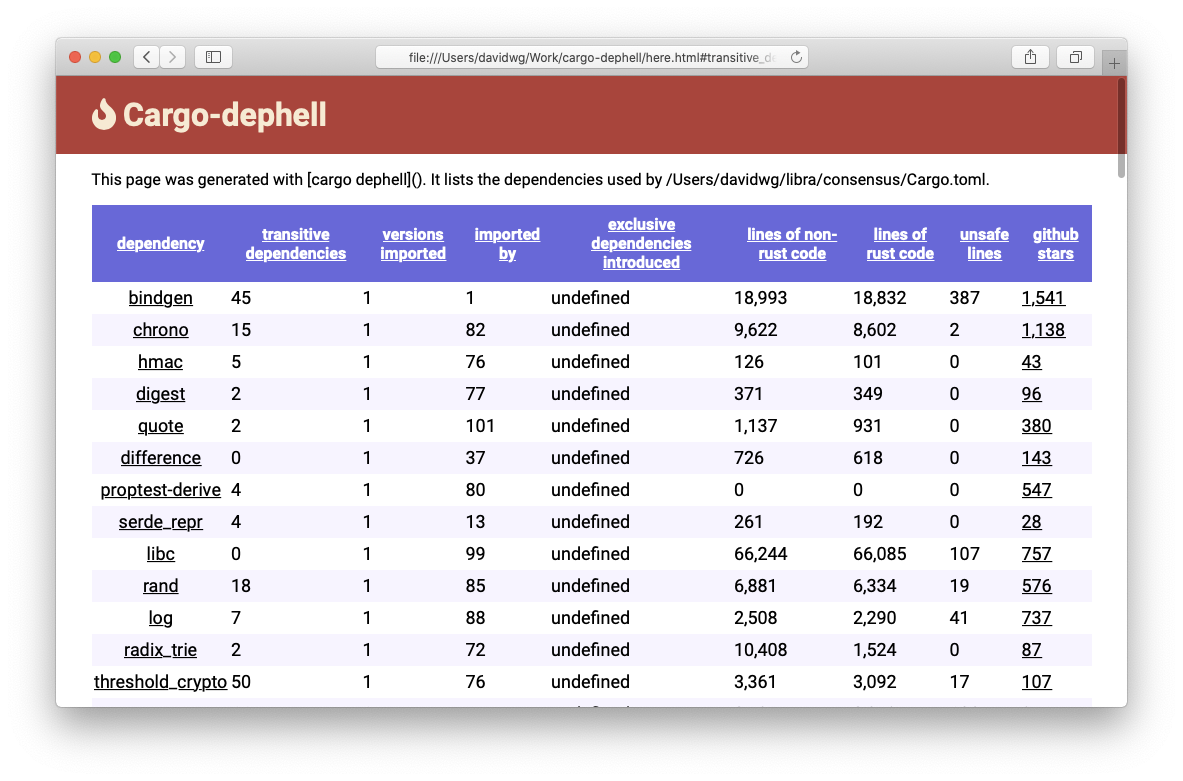 Make sure you've built your crate or workspace first.

Just run the program on the relevant Cargo.toml and output the result to an HTML file:

Note that you might need a personnal access token to query the Github API. You can get one easily by following these steps:

Go to your github Settings:

Go to the Developer settings:

once you have it, pass it as:

Keep in mind that this is a best-effort way to assess third party dependencies, this is for a number of reasons that we document here:

If you want to help: